As spoke about a few weeks ago concerning my Charter Bandwidth upgrades – I suppose it wouldn’t be fair to assume “it just works” with anything Charter related. There has always been a Yin Yang relationship with Charter and I, this time still taking only a few days to come full circle. So what ails me this time around you ask? Here’s my story (and I will admit that only part of the story is the oddness that is Charter – the rest will unfold itself…) 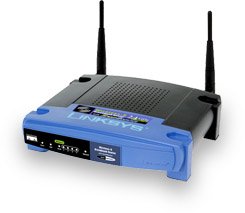 With my old DOC SIS 2.0 modem everything has been happy go lucky for the last few years. Hooked up to my trusty Linksys WRT54GS wireless gateway which has proven remarkably stable and useful (while having used the Tomato firmware) – I probably would have gone on using wireless G networking for quite some time. However, I soon was prompted to upgrade my cable modem to a DOC SIS 3.0 modem as part of Charter’s free bandwidth upgrade… even though I was even getting my full 25 Mbps with the old one. Okay – sure… Why not.

New modem comes via FedEx… Plug it it, swap it out with the old one, Linksys won’t get a DHCP address. Hmmm. Plug my laptop directly in and see that it’s redirecting me to register my new modem. Cool. Get that done and I’m blazing at even faster speeds.

Now I’m pretty sure those speeds include Charter’s PowerBoost technology but I clearly wasn’t getting that with my old modem. Yeah.. I’m liking this. Until I plug the modem back into into my Linksys. The modem won’t assign the Linksys an IP address via DHCP.

A call into Charter Tech support tells me that they don’t support third-party gateways and that I’m on my own. If it works with a computer directly it’s good enough for them. Grrr… So I’m stuck a bit here… Faster speeds directly plugged in, router won’t get a connection. I’m back and forth with resetting the modem, the router – both at the same time, one and a time, different orders… Then after about 30 minutes – voila! The Linksys gets an IP address!! What is odd is that the laptop plugged directly into the modem gets a 24.x.x.x IP address, the Linksys always gets a 72.x.x.x address. Oh well. At least it’s working, right??

I start running bandwidth tests and they’re coming out quite random. 10 Mbps, 13, 17, 12, 9, 20, 21 down… But always 3 Mbps up. I start hunting around for lots of different testing Web sites. Still the same. Even stranger is that the tests are fraught with peaks and valleys during the tests. They would jump up to 10 then down to 4 then up to 12 and hang out for a bit… With the old modem the tests would hit up to 25 Mbps and stay there the whole time. I do a direct connection back to my laptop – rock steady. This is just strange.

Next up is to work with Charter Technical support (oh no…) and eventually get them to swap out the modem. However, same issue. Except that this time I’m never able to get a DHCP address for the Linksys. (Come to find out that you need to do MAC address cloning now… Maybe. At least it worked for me and some others… I’ll experiment more with hard resetting both modem and router to use the built in MAC addresses…)

Now it’s time for me to do some research and my own technical support. I start thinking about what else could be the issue. All has been well up to now… Bandwidth is pretty fast up to 25 Mbps with the original modem and gateway… But I never got the greater than 25 Mbps speed boost until the new modem was directly connected to my laptop. Lots of variables – but let’s dive into Linksys first…

My first hunch proved fruitful… When really pushing bandwidth or connections through this gateway I would get pretty high CPU spikes:

So if that was happening even before the 25 Mbps upgrade, I started to wonder just how bad is it now? Especially with PowerBoost potentially pushing 60+ Mbps spikes…

A quick look at running the top command during some of the bandwidth tests showed me right away… 100% CPU utilization on downloads, uploads were around 20%. My poor little Linksys just couldn’t keep up with managing the bandwidth. Whew! Now we’re on to something – and so not a Charter issue… a router issue!

Taking into account that that Linksys WRT54GS was now probably 7+ years old, I decided to spend a little bit of time looking at the newer Linksys gateways as a replacement – leaning towards a WRT320N. Essentially needing a more powerful processor it seemed to fit the bill. Also trying to keep under $100 with Gigabit ports I poked around a few other Web sites to get some reviews. Actually not bad but it seemed to be a bit shaky on running my favorite firmware Tomato. Next up was now looking at the Netgear WNR3500L. While I’ve been pretty loyal to Linksys for the last 10+ years, I started to stray more for something that was open, extensible – and I knew could run Tomato. Similar specs and “mostly” open source, a quick order to Newegg on a Monday and it was delivered by Tuesday!! 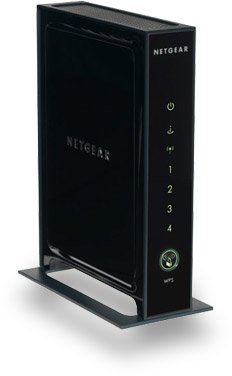 With the WNR3500L now plugged in and configured (along with that nasty MAC address cloning work-around) – my bandwidth testing was spot on. Very low (if any) CPU usage during the bandwidth tests provided the 58.69 Mbps download benchmark and I couldn’t be happier! Well, at least about getting steady bandwidth back into my home Internet network. I’m still working through the wireless features since it seems that signal strength isn’t as strong. The Netgear now has Tomato 1.27 firmware running on it but taking only Wireless-N clients (which is only my work laptop and it’s mostly docked into my wired network). The old Linksys is now serving the Wireless-G crowd on a second SSID and doing quite well (those devices connected to Wireless-G on my network aren’t heavy bandwidth consumers).

So I learned a few lessons through this effort…

Now it’s time to cleanup the messy wires on the network and cable distribution wall in the basement and put everything back together… What a clutter that is!