It’s been in the works for a while – but the last few weeks really just bothered me in that the performance of my Web hosting has been so dismal that I’ve finally upgraded to a dedicated virtual machine from MediaTemple.

While I’m sure that in “a few weeks” there will be an announcement of a new GS system (or some kind of new branding for it) – I just couldn’t wait any longer. I actually had been using GoDaddy’s virtual private server for these sites before moving to MediaTemple. But like all things technical in nature – their performance was terrible at the end. CPU utilization wasn’t contained in their shared environment and they didn’t seem to want to fix it. Will MT be any better in their offerings? Time will tell. So far I’ve been pretty happy in the difference. Load times are pretty fast and I have the access to install anything I want again (not that I really needed to… But I’ll probably start running my Cacti scripts with RRD up there again…)

One of the sad parts about this whole experience was the let down in support that I received from MT surrounding my efforts to stay on the GS system. While the performance was pretty lousy (so much that I started keeping my own monitoring stats on it) – I finally opened a ticket on January 16th, 2008 expressing my concerns and the data that supported it.

Hello… I’ve been tracking the response time of my Web site for several months now and it seems to have been getting slower and slower. I’ve only used 11 GPUs (on average) out of 1000 available per month. So I know I’m not a burden on the system by any means.

I’ve tracked response times both from my home Internet connection as well as other Internet monitoring sites and they go from half a second to over 10 seconds – some upwards of 20 seconds to respond for the same page – just seconds apart (refresh – no cache, etc.)

I’m curious to know how this wide deviation in response times from multiple locations for the same resources reflects on how the gird system is performing.

For the most part – it’s “ok” – but nothing near what I would have expected from a low-volume Web site such as mine on such a highly performing GRID cluster system.

And for this incident – it’s not just today or yesterday… I’ve been tracking this issues for about 40 days now. The average was around 4 seconds (still very slow) and now it’s closer to 8 seconds.

What did I get back? Yeah – the standard

We have actually noticed a possible network routing issue in our past support history to your area around St. Louis.

I think I coughed and said something under my breath…

This kind of bantering went on and on. A nice gem:

We sincerely appreciate you taking the time and effort to collect this data. We are aware that the (gs) is currently not in a perfect state of stability yet, but we are getting there. We are continuing to implement the re-architecture our storage segment in an effort to stabilize and increase the performance of this segment.

However, what really set me off was blaming my own Web site… A pretty lean WordPress install that may have upwards of two people a day looking at it (including myself…)

After speaking with our CTO, who has reviewed your data, we have come up with some possibilities of explaining what is going on.

While the hills and valleys in the data are expected over the past week of performance, which we are currently taking measures to resolve, we can’t attribute the increase in response time from the beginning of your monitoring to recent date to these issues.

We believe that you may have a growing database that may be not indexed properly or possibly a sessions directory that is growing and not be flushed properly. Either one of these cases could lead to the symptoms we are seeing.

Another possible issue could be plugins. You may want to try disabling some of our plugins to see if that improves the performance of your site as well.

We urge you to investigate the above and let us know if any of the above as helped.

I’d like to take exception to the conclusions of your research. I have not changed any behavior of my database or the plugins and the performance of the Web site has not added a second (averaging 5 seconds now) than what it was last week.

I’ve actually done a performance of just an image and it’s performance stays pretty constant. – But even then – it’s sometimes 200 MS, sometimes 1000 MS – such a non-database driven request should be the same all the time (it’s only 60 KB in size). I’m going to do the same for a PHP info page and measure the results. And again, for the 1000 GPUs I have – only about 15 are used a month. My tables are very small and the system as a whole should be quite a bit faster…

And a last note – your conclusions about performance and databases would not explain why the request responses are anywhere between 800 MS to 8 seconds for a standard front page – they would be the same time all the time (based on the very low levels of GPU and traffic).

That’s right – with MT’s slogan for their GS services as:

I should have the power of hundreds! My 15 GPUs a month out of 1,000 seemed like I should be able to use a little more of my paid “horsepower” to server up some pages a bit faster. Even if it wasn’t faster – perhaps it could at least be consistent?

I turned to caching and limiting plugins just to do my due diligence:

I took a copy of my Web site, installed it (database and pages) on a VMWare Centos install and was able to get an average of 700 ms (not even using the cache plugin!!!)

So 15 seconds for your Grid system – 700 ms for my VMWare Linux install that averages a 3% CPU utilization.

Then silence from the support staff…

It wasn’t for another 11 days after that one that I received word back from MT – March 17th. They said that my ticket wasn’t coming up in their system and did apologize. In the mean time, I did open up two more tickets referencing my first ticket which were in fact closed without answers…

So yes – MediaTemple’s Grid-Service isn’t ready yet. I read the reviews before hand – same issues, same problems. It was great when I opened my account for about a month and then was poor ever since… Never any consistency and rather unacceptable customer service. I actually had the chance to talk to my support technician on the phone and I will say that he was very intelligent, well spoken, technical and very aware of their internal storage subsystem problems. I asked him “Should I move to your DV system to rid myself of these issues? Or are you close to fixing them?”

I moved to a DV system.

As Fox Mulder once said: 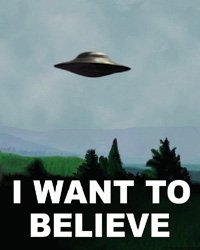 How’s it working so far?

I’ll check back in a bit and let you know…