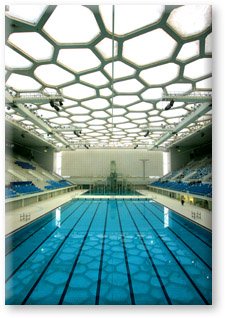 It’s Monday now. That means that I’m already in my first day of no Olympics. I’ve been carefully getting in my several hours of High Def coverage a day (along with a few hours of standard definition… ugh…) and have enjoyed every bit of it. TiVo made it a joy to watch as I could zip through 8 hour segments without missing events in between…

But nevertheless, it’s over. It’s a little depressing… Like the end of a party that you just didn’t want to ever end. And that’s what has really made me impressed with the Olympics. Here’s why:

16 days of glory, defeat, close calls and the power of the human body. While there are a few events that bring the mechanical into the events – most telling are essentially the story of incredible athleticism and human strength pairing off in competition to declare the world’s best. You can see it on all of the faces of the athletes as they compete, rich – poor, veterans to first time Olympians – all put their best into the effort to win. It’s different than a World’s Series – a Super Bowl or the World’s Cup. It’s a culmination of 4 years of non-stop effort with a 2-week adrenaline party… Who wants that to end?

The world’s problems seem to take a break.

That’s not to say that the Russian/Georgian conflict didn’t take place or hurricane Fay wasn’t the on the minds of Floridians… But the talk, the news, the discussions with friends, families, co-workers and strangers were mostly about the amazing Olympic events. And knowing that there’s plenty of bad news to be seen every night on the news concerning political, financial, global and local crisis… It was truly refreshing to leave those behind for two weeks.

Chance to change your outlook in life.

I’m sure we’ve all had the moments in life that prompt us to become better… to change. Move a different direction or just take a long breath and open your eyes to opportunities. Watching athletes like Michael Phelps, Natalie Coughlin, Dara Torres, and Jason Lezak do the unimaginable makes me want to accomplish more. World records falling the most this year than any other Olympic competition requires a dedication to a new mindset.

Funny enough as I was putting my thoughts together on this, I came across another mind set message from Monika Mundell:

Feel it. Smell it. Dream it. Live it.

Many people fail exactly at this stage. They try really hard, all the while thinking that they are doing the right thing, when in reality they waste a lot of their energies for unnecessary things that don’t fit in with their vision.

There is nothing wrong with working hard – but you have to work smart to make it work. 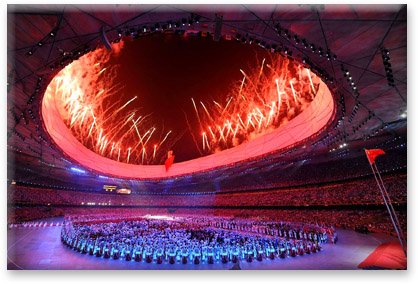 While this could bubble down into a quirky motivation message, I truly believe that the Olympics provide a chance to check yourself. Take time to think about what could be and to map a way to make a difference. Perhaps a few too many NBC Olympic featurettes have been snuck into my subliminal TiVo watching… But I have to believe that the there is a communal goodness that can come from the efforts, accomplishment and motivation that these gifted athletes have shown over the last few weeks. The party does end at some point… And I suppose today is that day… But that just means 18 months to go for the Winter Games!