It's now been about a week since all of my HTPC parts arrived and I suppose it's time to divulge a little bit of my day-in-the-life drama of experiences. I do enjoy a bit of computer building as a hobby. Some might call me a computer geek in that I have a basement full of computers. Difference between most is that I actually "use" them on a daily basis so they actually need to work. However, just as many of you know – when you're building items from scratch – there's always gotchas along the way. I was hoping that the decision to build an HTPC rather than simply buying a PS3 would deliver a few days of fun, but a lot more days with just watching great movies and easing my media collection congestion. I think this actually worked out well and for the most part, the technology is available to get pretty good 1080p Hi-Def, Blu-ray and HD DVD out of a computer and into your living room for a reasonable amount of cash (or credit…). Include very little hassle or noise and you get to share in my experience so far… 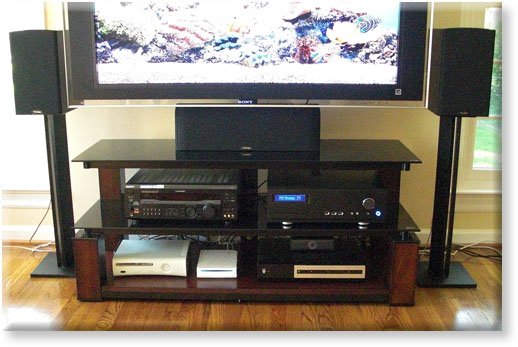 So what exactly is in my HTPC? Here we go… (And of course, my opinions to go with each of them…)

So that's my wrap up and first impressions of my first real HTPC. Granted, my XBOX 360 did quite well as a Media Center Extender so most of the "infrastructure" was already in place. Networking, media center components, audio, etc weren't an issue. Stemming from the arrival of our new flat-panel TV, it was a fun effort to bring an HTPC into the mix and to finish up a decent media viewing package. 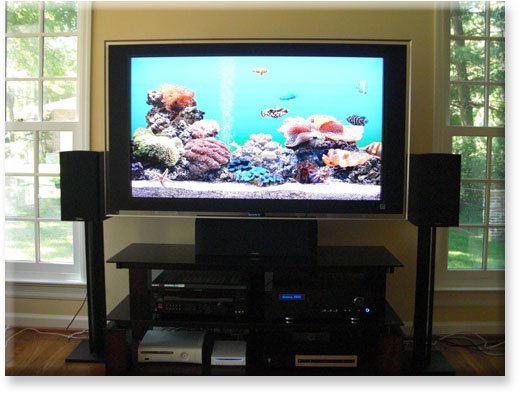 With this last piece, I'm pretty wrapped up in terms of home theater changes for a while. It's true – we've called this room in our house "The Media Lounge" from the first day we moved in. It's where we watch movies and where I really get to listen to music at decent volumes. Curious about what else was already in place before the HTPC came along?

For some assistance, there's already a great number of resources available on the Internet. Be sure to check these places out: