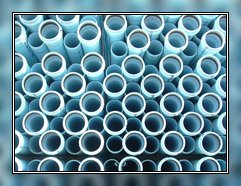 This past week has been full of chaos. Am I talking about the revolts happening in Egypt? Nope – closer to home. Canada. Political unrest? Nope – Internet bandwidth metering.

You see, the Canadian Radio-Telecommunications Commission (CRTC) approved UBB (usage based billing) for the incumbent carrier Bell Canada in September. Competitive ISPs, which connect to Canada’s top telco for last-mile copper connections to customers, will also be metered by Bell.

Starting on March 1, Ontario TekSavvy members who subscribed to the 5Mbps plan have a new usage cap of 25GB, “substantially down from the 200GB or unlimited deals TekSavvy was able to offer before the CRTC’s decision to impose usage based billing,” the message added.

So news of this effort started populating the news channels the first of this week. It didn’t take long for a lot of comparisons to begin with Comcast’s 250GB cap nor for a simple reminder of my own fears, here, here, and oh yeah… most recently here (granted, this was talked about almost 2 years ago and has been pretty quiet around Charter-land for some time…)

While my previous calculations based on these overages was just a bit under $500, I was curious to see how my own bandwidth usage was being shaped over the years. Could I see a pattern? More usage? Less usage?

So there you have about four and a half years of my Internet bandwidth habits. Last May 2010 had a pretty good go at the 900GB mark. With my 30Mb/s peak usage (DL), I’m now capable of pulling in almost 10TB of data a month. So I’m using 10% of my capacity? (That made me chuckle.)

To be fair, I’ve now been working from home for the last 3 years and my job requires me to download hundreds of gigs of data every few months. So even if I average out my consumption (uploads & downloads), I’m looking at 260GB a month. Even more interesting is that when I do queue up those large downloads, I’m full speed (30Mb/s) the whole time. So I’m not if there’s a capacity issue where I’m at to begin with… And Charter is already offering double that speed (60Mb/s) – which means you would pass a 250GB cap in less than 10 hours… whoa.

So now that Canada started their own Internet Bandwidth riots, a few days after the first news story – the Canadian government stepped in and provided a bit of feedback to the whole situation.

The Harper government will overturn the CRTC’s decision that effectively ends “unlimited use” Internet plans if the regulator doesn’t rescind the decision itself.

Sounds good to me… We certainly don’t need such talks making more noise for us here in the States. Those bandwidth limitation ideas – NIMBY.