Just read an interesting article this afternoon about the requests to the US Mint about the legality of melting pennies and nickels down for their raw materials. So you better not get caught:

The new regulations prohibit the melting of 1-cent and 5-cent coins, with a penalty of up to five years in prison and a fine of up to $10,000 for people convicted of violating the rule.

Bummer. Since switching to using my credit card a few years ago for practically everything… I’ve not had the familiar feeling of jingling change in my pocket. (I do have some in my drawer at work in case I get the need for a Diet Pepsi out of the vending machine… but that’s about it!)

But in case you’re feeling a bit feisty:

A nickel is 25 percent nickel and 75 percent copper. The metal in one coin costs 6.99 cents for each 5-cent coin. When the Mint’s cost of producing the coins is added, the total cost for each nickel is 8.34 cents.

Modern pennies have 2.5 percent copper content with zinc making up the rest of the coin. The current copper and zinc in a penny are worth 1.12 cents. The cost of production drives the cost of each penny up to 1.73 cents.

Pennies made before 1982, which are still in circulation, would be even more lucrative to melt down because they contain 95 percent copper and only 5 percent zinc. The metal value in those coins is 2.13 cents per coin, Mint officials said. 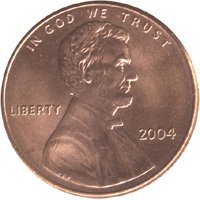